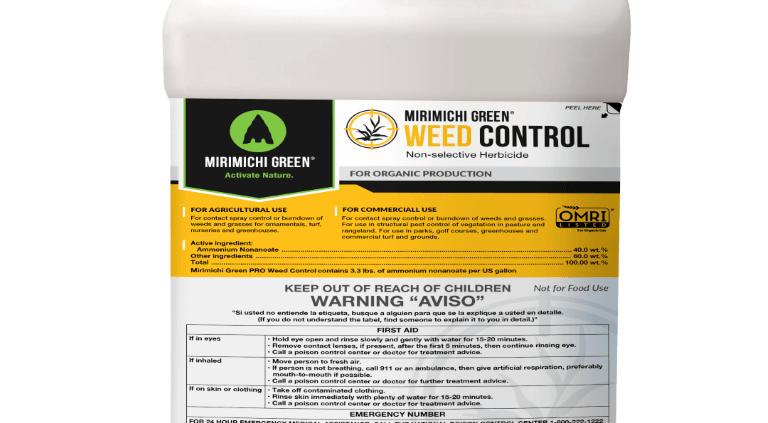 With reports on the rise of Roundup’s links to cancer,  more and more of your customers are asking you about alternatives. Whatever their reasons for asking, it’s your job as a landscape professional to locate solid options to meet their needs.

However, it’s important to note that when your clients ask you to find a Roundup alternative, what they’re really asking for is an alternative to products that use glyphosates. If you already know about the history and controversies surrounding glyphosates, go ahead and skip down to our suggestions at the end.

But if you need a bit of background or a quick refresher, let’s begin with a bit about what glyphosates are and why they’re so controversial. Then we’ll cover a few alternative products, what they’re using and why that’s beneficial in different settings.

Glyphosate is the chemical name for the main ingredient in the world’s best-selling herbicide, Roundup. But it didn’t start there. The compound was first patented in 1961 as a descaling agent used to clean out mineral build-ups in pipes and boilers.

In 1970, Monsanto scientist John Franz realized it could also be used to kill weeds. Monsanto registered the product under the trade name Roundup in 1974 (1). Widespread adoption of Roundup was so prevalent, that the name became the generic term for any weed-killing compound.

The patent protection for Monsanto ended in 2000, opening the doors for other companies to market the chemical in their own unique formulas. Today, there are currently over 750 products containing some amount of glyphosate for sale in the US (2). But Roundup is still the name most associated with glyphosates. With more than 300 million pounds of Roundup products being used every year in the US, it is the most used agricultural chemical in the country (3).

If you’ve worked for any amount of time in landscaping, you have no doubt faced debates surrounding Roundup, Glyphosates, and Monsanto.

Advocates point to the EPA’s findings that “there are no risks of concern to human health when glyphosate is used in accordance with its current label.”(4). In addition, fans of the compound say that it has been used widely for more than 40 years and is much safer than DDT, atrazine, or paraquat.

Detractors say glyphosates are linked to an increased risk of contracting Non-Hodgkin’s Lymphoma (5). The World Health Organization released a study in 2015 stating that glyphosate is “probably carcinogenic to humans.”(6). Other studies suggest that glyphosate may be harmful to aquatic life if it finds its way to streams or waterways.

Another worry is not so much about glyphosate itself but the additional inert ingredients being used alongside it. These inert ingredients are added for various reasons, including improving the handling of the products, making it easier to mix, or aiding the movement of the active ingredients into the plant tissue (1). Because each company has its own unique formula, it’s hard to know and measure how these proprietary compounds act together. Also, ratios of glyphosate in these different products vary widely, with some formulas containing as little as 1% and others as much as 54% glyphosate.

Regardless of any personal beliefs about the debate, your client asked you to identify effective alternatives to glyphosate weed killers. What are your options? What are other professionals choosing?

The good news is that there’s currently no shortage of solid alternatives. If the client doesn’t want glyphosate, other herbicide products are available that are even great at managing glyphosate-resistant weeds. Or maybe your client is looking to go fully organic and likes as natural a solution as possible. There’s something for them as well.

Roundup was a potent solution that seemed to work for all weeds. After all, it was developed to strip harsh metallic compounds out of pipes, so it should handle a weed. However, modern alternatives are a bit more precise in their application.

It’s best to choose a product that meets the specific needs of your problem rather than buying a name.

Cheetah Pro’s active ingredient, Glufosinate, inhibits the plant from releasing ammonia (7). The ammonia builds up inside the plant, destroys its cells, and stops photosynthesis. Cheetah Pro is often chosen to manage glyphosate-resistant weeds and to help suppress dormant winter annual weeds such as bluegrass. 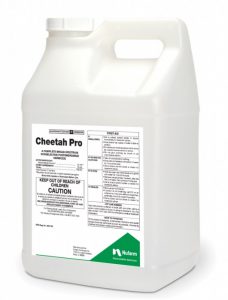 Cheetah Pro at a Glance:

*not for use in California, use restricted only to licensed applicators in NY

Avenger Weed Killer is a natural, non-staining weed killer made from oranges, lemons, and other citrus fruit peels. The active ingredient in Avenger is a citrus oil that causes the weed to dehydrate by stripping away the waxy plant cuticle (8). Avenger weed killer is best on small weeds and grasses that are less than 4 inches tall. 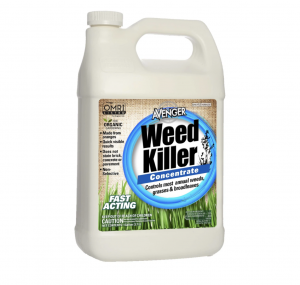 Avenger Weed Killer at a Glance:

Mirimichi Green’s active compound is ammonium nonanoate, a broad-spectrum contact herbicide with no soil activity. Similar in composition to soap salts, any residues left behind by ammonium nonanoate don’t exceed levels of fatty acids found in commonly eaten foods (9). It is safe to be used around people, pets, and livestock when used as directed. The active ingredient in Mirimichi Green is biodegradable, breaking down quickly in the soil, so there’s no chance for build-up or runoff.

A Short History of Glyphosate